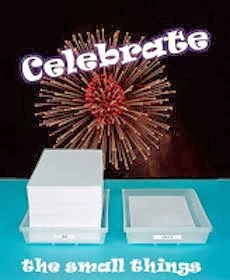 This lovely and easy blog hop is hosted by the ever busy Lexa Cain and her co-hosts L.G. Keltner and Tonja Drecker.  All you do is write a post about some of the small things that have made you happy this week :)

If you want to join in then please visit Lexa and she will add your name to the list which she has just this week updated!

For me this week has brought:

Generosity by Tesco (a large chain of food stores here in the UK) who when I approached them to say I was hoping to start a community Nordic Walking group in the area immediately offered their canteen which would supply my walkers with FREE coffee/tea and cake!!  I was hoping they might say they'd do a few drinks but I wasn't expecting cake and I wasn't expecting that they also said if I wanted to do anything in the evening they would also cater for this too.  How nice is that?

Laughter - I dragged a friend out with me to watch a female comedy group perform on the top deck of a double decker bus.  We were the oldest people there but were warmly invited into the group audience which were a very friendly bunch and it was a wonderful experience with a lot of laughs (although some of the material went right over our heads!!) and I was so pleased I'd tried something different :)

Curtains - I have been looking for (no I mean desperately searching for) two pairs of curtains for our bedroom for over a year now.  There have been many problems along the way - the main one getting TWO pairs rather than one as I have seen a number of single pairs that would have done, the length needed as the windows are tall and getting ones that are made from expensive material that suits the room but NOT paying hundreds of pounds for them which has meant looking for bargains and charity shop finds.  At the beginning of Feb, I was given an ultimatum by Hubs get the curtains sorted or by the end of Feb we would be going to Dunelm Mill and he'd be buying two pairs from there!! 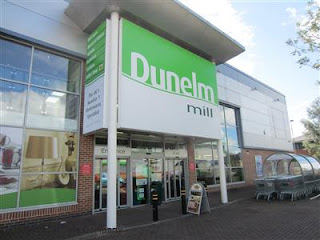 Don't get me wrong Dunelm is good for many things but it's a bit soulless and I didn't want curtains that should be special to come from there!!
Then this week I decided to come back through town via a charity shop I only visit occasionally and there dumped on a sofa as I came through the door was a heap of curtaining that had the exact look of what I had been after so I pounced on it and then noticed that there also seemed to be another lot of curtaining of the same material hanging up on a rail!!.  I had no tape measure, the store was busy and the counter was miniscule so I decided I would just take a chance and managed to dump them in front of the cashier who charged me £30 for the two pairs.  The weight of them alone meant I knew they were made of good quality material and when I finally got them home and spread them out on the bedroom floor I realised that although neither pair was long enough for my windows one of the pair was considerably wider than the other so I should be able to make two correctly sized pairs from them.  They are both fully lined and have lead weights in the bottom and are just what I was looking for so I have begun work on them and hope to spend this weekend getting at least one pair finished and ready for hanging so stay tuned for pictures of the process!!

Here's to everyone else having a great weekend and please tell me what bargains you've picked up, who's given you a chuckle or who's been generous of spirit to you this week? You know I'd love to know!!