And I am pleased to announce it is - a small weight loss but a weight loss all the same!  And after another week where parties and celebrations meant a lot of sugary and fat containing food was consumed I think I must put this down to having been able to exercise each day, this last week, for a minimum of an hour.  I've also been able to get out into the garden to do lots of weeding and digging and I think that's helped to burn off those extra calories too.

I also caught part of a programme about a former American athlete who, by the time she was 45, had become very over-weight after an injury made her give up sports. She was involved in teaching high school students and was obviously much loved by them and determined NOT to go through the gastric band procedure after a friend died through this. She was given lots of nutritional advice and an exercise regime and in one year was able to drop HALF her body-weight.  She certainly made me feel, if she can do it at that size and age, then there's nothing stopping me doing the same and losing these extra few stones! 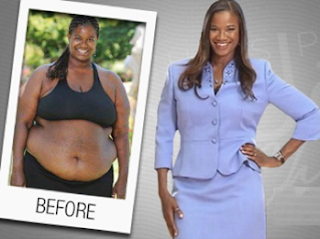 Joining in this week with My Mummy's World - hit the button below to join in too :) 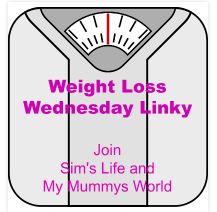