Heading over to Lexa Cain's blog to - 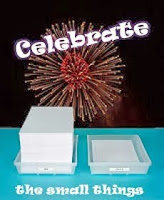 1) Success on the Nordic Walking front!

I have now set up three small groups catering for different people and everyone taking part is really making progress and enjoying it which is obviously great!  I have those who find that the poles (as well as the comradeship) allow them to walk further than they normally do so increasing their stamina, those that are finding the poles actually help them relieve pain from their knees, those that can get up hills a lot easier and those that are loving the all-over body work out it can give :)
If anyone would like to stop by the Facebook page or blog set up for it and give me a couple of likes or comments I'd be delighted - I'll send you details if you email me at pempispalace@yahoo.co.uk. Cheers :)

2) Success in the garden

My hubby and I managed to finish off the other long DIY planter we wanted to make so this week I have been planting them up as well as investing in some more ceramic large pots to re-pot some of the other plants in the courtyard and so tidy it all up a bit more.  I am glad to report I have now almost finished and fingers crossed we have some decent weather this bank holiday and we will get it exactly how we want it by the end of Monday!!

Here in England, I seemed to miss this when it was on TV but caught each box set over the years and really enjoyed the characters and story lines. As we recently changed our cable provider, I was pleased to find the last and final series available until May 31st so have been watching all 26 episodes over the past month.  It was actually really satisfying to have the series draw to a proper ending because too many times a series just seems to get pulled and you never know what happened to the characters!  I won't give anything away as others out there may still not have seen it but to all us sci-fi fans it was rather awesome to have a sci-fi "god" appear as one of the cast members in this final series!!

Have you been watching any great sci-fi series recently?  Did any of your favourite shows end in a really good or bad way?  Whatcha been up to in the garden this week?  Anyone joined any new clubs this month and how's it been going?  Go on, you know I'd love to know :)  Now I'm off to find out what the rest of the crew have been up to!