C is for Careful Calligraphy 
I have taught letters and sounds through various schemes to children over the years - Letterland, Ruth Miskin, Jolly Phonics and know how hard it is to get them to form those letters correctly once they know their sounds.  I can't really remember learning how to form my early letters but I do know I used to sit at the dinner table with my plastic placemat on which there were the letters of the alphabet in both upper and lowercase along with the object depicting that letter. I can recall the red apple for a and the blue yacht for y and I can remember tracing around each letter as I waited for food - my own careful calligraphy. 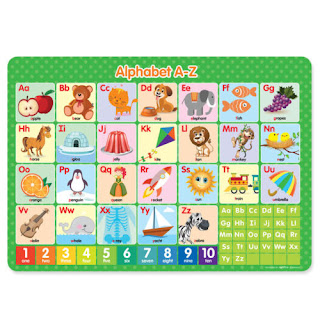 Can you remember your first letters and how you came to write them?  Do you rate your handwriting now or not?  You know I'd love to know so leave a comment below :)
Posted by SENCO Cat Herder at 23:57